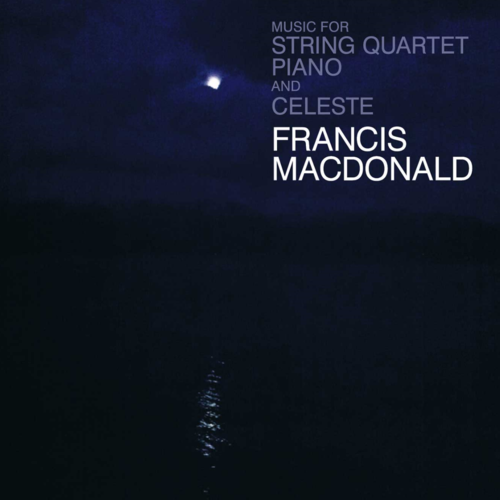 Made with the help of a grant from Creative Scotland, “Music For String Quartet, Piano & Celeste” is an album of minimalist contemporary music informed by Francis’s work in TV and film soundtracks and influenced by key musical figures such as Philip Glass, Ennio Morricone and Arvo Pärt. Macdonald also cites the inspiration of fellow Glasgow-based composer Malcolm Lindsay who, like Francis, did not formally study classical music.

The album was recorded at Mogwai’s Castle Of Doom studio, Glasgow (because Francis liked their piano) and features a quartet drawn from the esteemed Scottish Ensemble, formed in Glasgow in 1969. It was recorded and mixed by Iain Hutchison (Julie Fowlis, Transatlantic Sessions) and mastered in Milan by Stefano Barzan (Ludovico Einaudi). Francis played piano and a celeste hired from RSNO. The album cover photo was taken at Hardanger Fjord, Norway during a Teenage Fanclub tour.

“This album was a bit of a challenge to myself”, says Francis; “As a listener I came quite late to classical music and I have no formal training, but I didn’t want to use an arranger or orchestrator. I wanted to be responsible for every note.”